For more than 25 years, Capt. Mike Anderson has been fishing and competing in tournaments on Tampa Bay and Florida’s fresh and salt waters. Born and raised in central Wisconsin, he joined the U.S. Air Force in 1986 and proudly served our nation for nearly seven years before moving on, settling in the Tampa Bay area. He has been guiding on the west coast of Florida for over 20 years and specializes in backcountry fishing for tarpon, snook, redfish and trout. Anderson is an avid outdoorsman who enjoys sharing his fishing experience and techniques with the public and spending time on the water with his wife, Beth, and daughters Rachel, Georgia, son-in-law Logan, and three grandchildren. Among his many sponsors, he counts Fish Monkey performance fishing gloves as one of his favorites, citing the outstanding hand protection, second-skin fit and quick-drying UPF 50-plus construction as the top benefits. 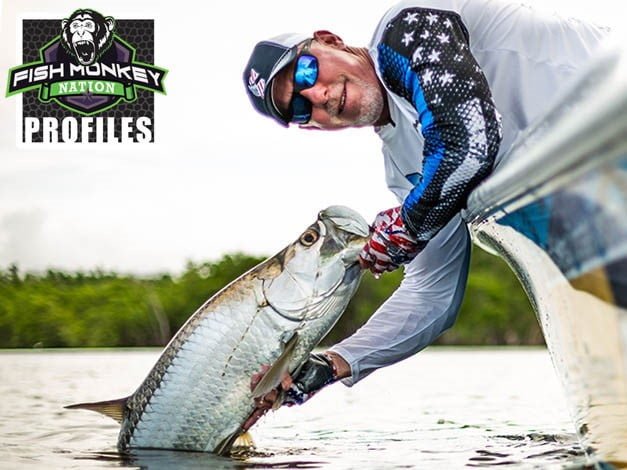 “As a professional guide, it’s hard to underestimate the beating your hands take on a daily basis,” he says. “There’s sun damage but also those little fin pricks and cuts from braided line, throwing a cast net, releasing fish, you name it. Fish Monkey gloves really are a game-changer for me. They’re so comfortable you forget you’re even wearing them after a few minutes.”

Anderson’s favorite? While it’s hard to choose just one, his go-to glove is the Stubby, usually in the Americana pattern. “I really like the PVC Monkey Grip in the palms,” he says. “It gives you great grip on rods or when you’re running the boat, and it works just as good when the gloves are wet as when they’re dry.” He says the UPF-50 sun protection is also a bonus. 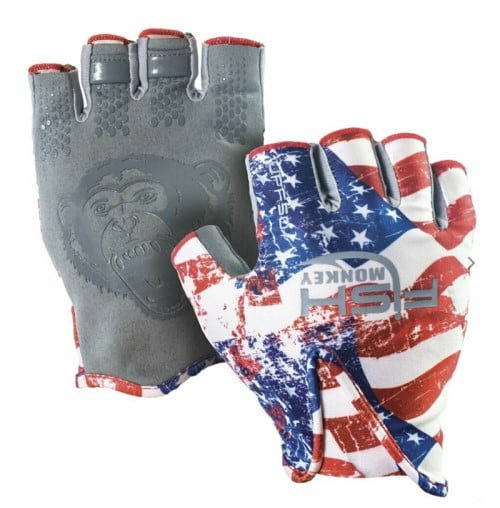 Alongside his guide business, Anderson has also been a part of Reel Animals Television for more than 16 years as well. The show has been bringing the excitement of fishing to millions of households each week. Originally launched as the Sports Animals Fishing Show on AM radio, Capt. Mike Anderson and his guests gained notoriety as a fishing talk show with an edge. Eventually the listening audience grew to more than 25,000 each week.