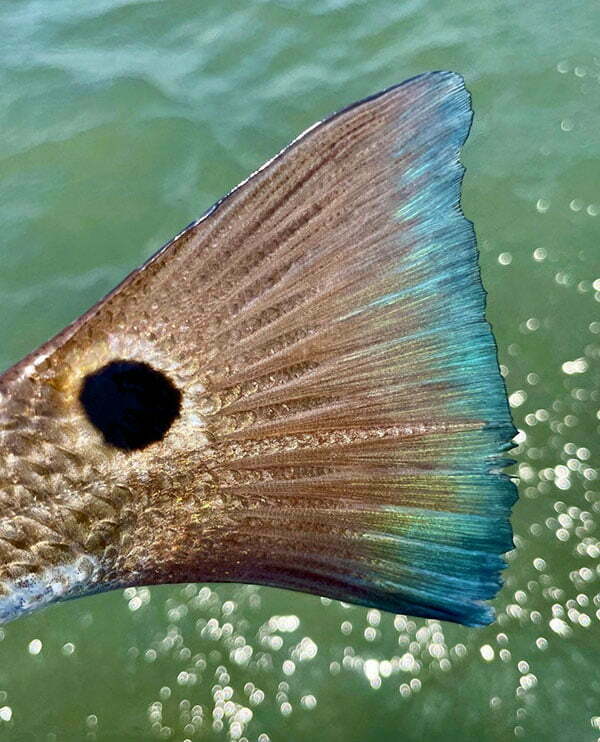 I woke up on February 14, 2021, just like any other day. Some mismatched clothes were thrown on, and I was off with the dogs for our morning walk. The only difference was this day, the dogs were wearing little boots, and we were taking our normally warm, enjoyable morning stroll through three inches of snow. The Great Texas Freeze blanketed the state in layers of ice, negative temperatures, and power outages like we have never experienced. Hard freeze warnings were issued nightly, and most folks were confined to their homes without power and heat for days.

What does this have to do with fishing? We’re getting there.

Texas is considered to be a flats fishing mecca. Flats are areas that are generally 3’ and under, depending on where you are and who you ask. For the majority of our sport fish, such as trout and redfish, this is their habitat. One other detail about Texas you need to understand is that in a majority of the bay systems, there isn’t a lot of deep water or land cuts for shelter or escape routes. When the temperature drops, fish will move into deeper water to escape the cold. The problem is that as the lower temperatures sustain, they also start to penetrate the minimal deeper water that was once a safe haven.

There are three quintessential sport fish species in Texas, but we will only be focusing on two, speckled trout and red drum. Flounder were offshore at the time, so we won’t be discussing them.

An estimated 3.8 million fish were killed on the Texas coast during the 2021 freeze event. Let’s break it down by the numbers:

Historically, Texas has been dealing with freeze events for decades. A few major cold snaps in the 80s, with some producing equally high, or worse, fish kill numbers. This one is different. TWPD reported 1,276,384 fishing licenses sold for the 2018-2019 season, closer to 1,600,00 for the following year. Ultimately it comes down to bad timing and an influx of people wanting to get outdoors. Losing a majority of our sport fish while gaining thousands of new fishermen is a recipe for a conversation about conservation.

Let’s get to the point. After the freeze, TPWD took the necessary measures to assist and maintain our speckled trout population by putting in an emergency order. Bag limits were changed from 5 to 3, and new length regulations were put into effect. No measures were taken to protect the red drum. Only an estimated 3% of our redfish population was lost, so there was no immediate need to alter their numbers.

Since the freeze, the new speckled trout regulations still stand, and a majority of folks have turned to redfish as an acceptable alternative. If I were a betting man, I’d wager that the gill net studies done to determine fish numbers in our state would come back with surprising results. It should be rather unsurprising, though. With the influx of anglers and the collective understanding that we need to give trout a break for the time being, something will have to be done in the near future for our spotted tails.

“As we move past the freeze of 2021, it’s good to see some anglers doing their part by practicing catch and release on speckled trout in an effort to help the rebound along. That said, the second most popular species in our bay (red drum) has been the target, and quite surprisingly, anglers have been able to consistently yield limits. At first glance, this shows we have a healthy redfish population, but a closer look may be needed. We, as anglers, should be cognizant of this and not overfish one species while the other is recovering. It all boils down to personal responsibility and reasonable balance of our resources.”

Wayne is at the forefront of conservation in our state and even offers discounts on guided trips if you partake in his “Empty Stringers Catch and Release Program.”

Over the last year and a half, captains far and wide are coming in with similar reports: redfish have ruled the cleaning tables. If we aren’t careful, we may find ourselves in a position where drastic measures need to be taken once again. The time to be proactive is upon us. For years, our fisheries have been overseen in a very reactive manner. It’s hard to make a substantial change when you are always playing catch-up.

Zach Steele
Port O’Connor, Texas
Zach specializes in kayak and wade fishing for redfish along the middle and upper coast of Texas.

Previous Post: « What are fishing gloves for?
Next Post: Summer Snook Tactics & Tips for the Nature Coast of Florida »