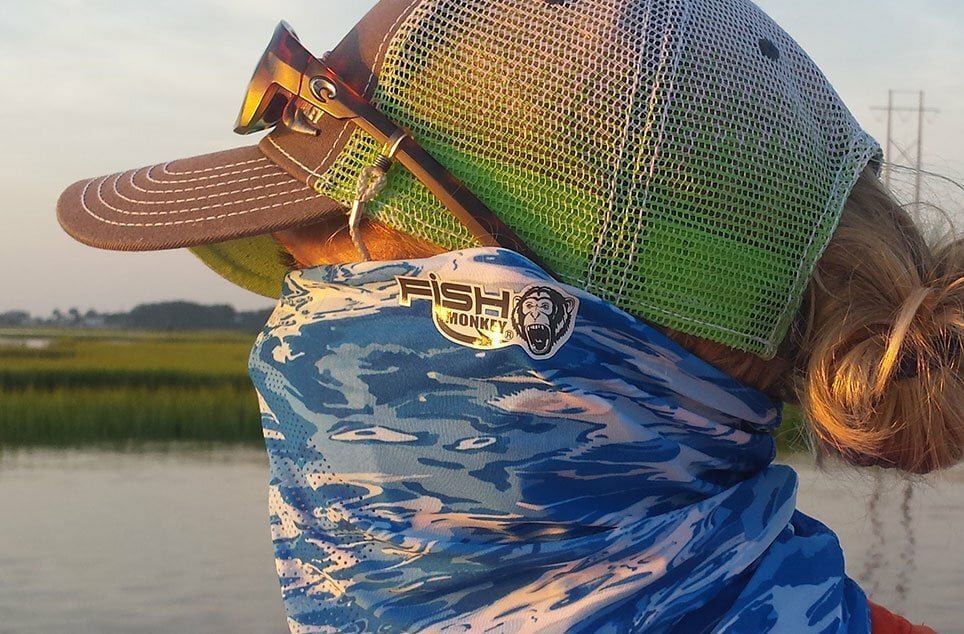 At Fish Monkey, we are committed to providing products of the very highest quality that help outdoor enthusiasts of all types have a greater enjoyment of the environment, while also protecting them from, among other things, the sun’s harmful ultraviolet rays.

Skin cancer is by far the most common cancer in the United States; current estimates are that one in five Americans will develop some form of skin cancer in their lifetimes. Approximately 9,500 people are diagnosed with skin cancer every day.

What is Skin Cancer?

Unfortunately, skin cancer cases are also trending upward. Research indicates that the overall incidence of basal cell carcinomas have risen by 145 percent in the period between 1976-1984 and 2000-2010. The overall incidence of squamous cell carcinomas increased by 263 percent in that same period. Also, women had the greatest increase in incident rates for both types of non-melanoma skin cancers.

Melanoma accounts for a small percentage of all skin cancers, but accounts for most deaths. Melanoma starts in the cells that produce pigment in the skin. Melanoma sometimes appears as a new or changing mole. This cancer may spread very quickly.

Basal cell and squamous cell carcinomas—the two most common forms of skin cancer—are highly curable if detected early and treated properly; the five-year survival rate for people whose melanoma is detected and treated before it spreads to the lymph nodes is 99 percent. Five-year survival rates for regional and distant stage melanomas are 64 percent and 23 percent, respectively. With that said, the vast majority of skin cancer deaths are from melanoma, with nearly 20 Americans dying every day from this form of skin cancer. Research indicates that men diagnosed with melanoma between the ages of 15 and 39 were 55 percent more likely to die from melanoma than females diagnosed with melanoma in the same age group.

Extensive research has proven that exposure to natural and artificial ultraviolet light is a risk factor for all types of skin cancer, and that the majority of melanoma cases are attributable to UV light exposure. Increased exposure to sunlight in childhood and throughout adulthood has also been proven to have an increased risk of squamous cell carcinoma, basal cell carcinoma and melanoma cancers. Even one blistering sunburn during childhood can nearly double a person’s chances of developing melanoma.

People with more than 50 moles, atypical moles or large moles are at an increased risk of developing melanoma, as are sun-sensitive individuals—those who sunburn easily, or have natural blond or red hair—and those with a personal or family history of melanoma. Other risk factors for all types of skin cancer include a history of excessive sun exposure, including sunburns; tanning bed use, and a weakened immune system.

Because exposure to UV light is the most preventable risk factor for all skin cancers, the American Academy of Dermatology encourages everyone to their skin from the sun’s harmful UV rays in the following ways: seek shade, wear protective clothing and use a broad-spectrum, water-resistant sunscreen with an SPF of 30 or higher.

Research has shown that regular sunscreen use reduces the risks of melanoma, although the higher rates of melanoma in men may also be attributable to lower rates of sunscreen use and overall sun protection compared to women. Because severe sunburns during childhood may increase the risk of melanoma, children should be especially protected from the sun.

Skin cancer warning signs include changes in size, shape or color of a mole or other skin lesion, the appearance of a new growth on the skin, or a sore that doesn’t heal. If you notice any spots on the skin that are different from the others, or anything changing, itching or bleeding, the American Academy of Dermatology recommends that you make an appointment with a board-certified dermatologist. The American Academy of Dermatology also encourages everyone to perform regular skin self-exams to check for signs of skin cancer, since about half of melanomas are self-detected.

A dermatologist can make individual recommendations as to how often a person needs a skin exam from a doctor based on individual risk factors, including skin type, history of sun exposure and family history. Individuals with a history of melanoma should have a full-body exam by a board-certified dermatologist at least annually and perform regular self-exams for new and changing moles.

Avid angler Gay LaPointe is a cancer survivor and has maintained her ability to stay on the water despite several close calls with skin cancer. This is her story.

“I was first diagnosed in 2007 with several pre-cancerous squamous carcinomas. I didn’t think too much and thought, ‘Well, that’s done.’ From 2007 through 2012, I continued to visit the dermatologist every six months to keep up with the onslaught of pre-cancerous lesions. I guess growing up in the 1960s and 70s, I had a different relationship with the sun—like everyone else, I thought having a tan looked healthy. Ironic, isn’t it!

In November 2012, I was diagnosed with stage one melanoma. After five years of being proactive, with regular dermatologist visits, becoming extremely educated on sun safety and covering my body from head to toe, I get the call I had dreaded. The conversation that transpired was life-altering. A tiny pencil eraser-sized spot on my wrist had a dark brownish center with a light brown rim and uneven edges. It was cancer. I was flooded with panic, fear and anxiety. How could I protect myself even more? How could I continue to do what I love?

I’d already transitioned from bikinis to long-sleeved shirts and long pants, hats, fitness gloves and plenty of sunscreen. Needless to say at that time, sun protection apparel was hard to find, especially for women. My doctor explained I was going to need a swift and aggressive surgery, so I underwent a wide excision surgery on my wrist. One week after the surgery, I received amazing news that all margins were cancer-free. We caught it early!

Every three months, I continued with regular dermatologist checkups as well as personally performed daily skin checks. Unfortunately, even being an active participant in my continued skin health, I continued to have more biopsies and nine more dreaded phone calls: more stage one melanoma—six on my lower leg, two on the top of my feet and one on my scalp, all of which required additional surgery.

The key to beating melanoma is staying one step ahead of this nasty cancer: Education, awareness and using proper sun protection clothing and gear. People need to hear this message loud and clear, that it can affect any one of us.

Melanoma has changed everything about the way I spend time outdoors. I now take every extreme step to stay protected to be able to continue to enjoy my lifelong passion for all things outdoors. I’m so grateful that today the industry has stepped up their game of providing quality sun protection clothing and gear for men and women.

In the summer of 2017, I purchased my first pair of Fish Monkey performance fishing gloves at a tournament that I was participating in. It was a match made in heaven. As a fishing addict, I was immediately impressed with how the right gloves could not only provide great sun protection but also a cushioned grip to help my arthritic hands, so I could stay on the water longer and catch more fish.

I’ve come a long way on a journey that will never end, but with the right sun protection, I will continue to boat, fish, swim, choose joy and live my life to the fullest. I’m proud to be part of Fish Monkey pro staff team since 2017, and want all to know: wear sunscreen, wear a performance shirt, wear a face guard, wear a hat, and wear gloves. Cover up and you can still enjoy the great outdoors.”